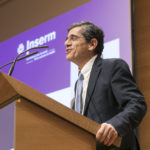 Robert Barouki is a Professor of Biochemistry at the University of Paris Descartes School of Medicine, is the Director of the Inserm Unit 1124 and Director of the Department of Clinical Metabolomics and Proteomic Biochemistry at the Necker Hospital (Hôpital Necker Enfants Malades). His main research focus is on the dioxin receptor (AhR) and specifically on what lessons can be learned from studying this receptor for the fields of health and the environment. His clinical focus is on the identification of new metabolic biomarkers for rare diseases. Above all, he has a keen interest in contributing to the coordination of research issues and in informing students and the public about the most recent scientific and public health issues.

Robert Barouki is a biochemist and molecular biologist who is involved in basic research in toxicology and in clinical activities in metabolic biochemistry. His main research focus during the last twenty years has been to understand the mechanisms of toxicity of environmental pollutants such as dioxin. In particular, he has studied the biological consequences following the activation of the dioxin receptor AhR. Initially, Dr. Barouki focused on the consequences of cellular stresses such as oxidative stress and endoplasmic reticulum stress. Subsequently, he studied the effects triggered by diverse ligands of the AhR and employed, in particular, “-omics” technologies, the results of which suggested that part of AhR toxicity may be related to the disruption of endogenous functions. More recently, his main focus has been on developmentally relevant cellular effects that are disrupted by the AhR, notably the epithelial-mesenchymal transition. In addition to cancer development, he now focuses on the effects of pollutants on adipose tissue functions both in humans and in experimental models. He has developed the concept that, by storing certain pollutants, adipose tissue displays a toxicologically protective function during acute exposure. However, the tissue then can release those pollutants, over time, and contribute to chronic toxicity. His additional projects include studies of the nervous system in rodents and in C. elegans.

As head of the Department of Clinical Metabolomics and Proteomic Biochemistry at the Necker Hospital (Hôpital Necker Enfants Malades), he has initiated and organized a shared mass spectrometry facility at the hospital. His focus is on the development of multiplex targeted proteomic and metabolomic assays, primarily in the field of metabolic diseases. His ultimate goal is to develop new diagnostic protocols that willlead to the more rapid treatment of children with rare diseases.

More recently, he has been involved in the coordination of research issues, particularly in the field of health and the environment. He has been the happy teacher of students for a long time. He has developed more recently a keen interest in informing the public about the most recent scientific concepts and how these concepts relate to and explain some very critical public health issues.