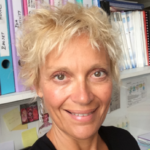 Sylvie has obtained her PhD in Biology at the University Paris Sud in 1997, with a work on the regulation of the insulin receptor expression. During her postdoctoral fellowship, her research focused on the transcriptomic profiling during muscle aging and differentiation. She also participated in the molecular and functional characterization of muscle stem cells. She worked for 10 years in the field of adipose tissue physiopathology, metabolic disorders and cancer cell metabolism, and she joined the METATOX team in 2010. She is interested in the links between environmental contaminants, cell metabolism and chronic diseases. She is PI or involved as scientist in several national and international projects (EU H2020, ANSES, EcoPhyto, ITMO Cancer, ANR) aiming to characterize the impact of dioxins, polycyclic aromatic hydrocarbons and pesticides on metabolic reprogramming in relation with cancer progression. She is a member of the “Cancer and Environment” steering committee of the National League against Cancer (LNCC), the scientific council of the French Society of Nutrition (SFN) and she participates in the ORRCH working group within the ALLISS collaborative platform dedicated to the development of cooperation between research and civil society.