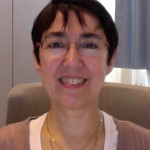 The research interests of Suzie Lefebvre focus on the nuclear organization of RNA-protein (RNP) particles in motor neuron (MN) diseases. In spinal muscular atrophy (SMA), SMN protein deficiency perturbs the organization of RNPs in the cell nucleus. This is also a hallmark of some adult MN diseases. Using a combination of biochemistry, cell imaging and molecular biology, her goal is to understand why deregulated RNPs cause cell death.

Suzie Lefebvre is a full-time permanent INSERM researcher. She obtained the Bachelor and Master’s degrees in Biochemistry from the Université de Montréal (Canada). She studied the photoreaction center of photosynthetic bacteria for her Master’s research. Her interests then moved from photosynthesis to neurobiology and neurodegenerative diseases. She received a PhD degree in Biochemistry from McGill University (Canada) for her work on the cation-binding properties of neurofilaments. She did two post-doctoral fellowships, one in neurovirology at the Pasteur Institute (Paris) and a second in human genetics at Necker-Enfants Malades Hospital. During the later, she contributed to the identification of the spinal muscular atrophy (SMA) gene SMN1 and its phenotype modifier SMN2 gene. She also showed that SMN protein deficiency leads to the SMA disease. This is when she got interested in the functional organization of the nucleus of the cells. Indeed, SMN deficiency inhibits the localization of components in the nucleus, particularly in nuclear Cajal bodies (CBs). Moreover, her group showed that SMN protein is involved in the CB localization of a subset of components, that protein phosphatase PP1 gamma regulates the CB integrity and that pharmacological agents can act on SMN localization to CBs. These results allowed patenting two novel potential therapeutic strategies in motor neuron diseases. She joined Dr. F. Charbonnier’s team in 2013. Her objective is to decipher in vitro and in vivo the signalling mechanisms that underlie subcellular localization with a therapeutic potential against motor neuron diseases.