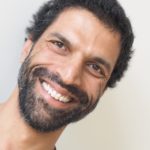 Nicolas Marie started his carrier with a Master’s Degree and a Ph.D. (1998-2003, University Paris Descartes), under the supervision of Dr. Stéphane Allouche and Pr. Philippe Jauzac in the biochemistry laboratory of the University Hospital Center of Caen. He worked on the cellular and molecular mechanisms (signaling, desensitization, receptor trafficking) of human (DOR) delta opioid receptor regulation. In 2003, he moved to the laboratory of Dr. Mary McCaffrey (University College Cork, Ireland), as a post-doctoral fellow (for 2 years), to further his theoretical and experimental background on the mechanisms of intracellular trafficking by working on the role of RCP (Rab Coupling Protein) in intracellular vesicle recycling.

After his post-doctoral studies, he joined the team of Dr. Florence Noble (Director of Research, National Center for Scientific Research, CNRS) as a CNRS scientist to work on preclinical research in drug addiction. After few years devoted to the neurobiology of cocaine and opiates, his research interests have shifted to the pharmacotherapy of addiction. Now, his main objective is the prevention of relapse through the development of two main research topics: the first one is the identification and validation of new therapeutic targets for the treatment of addictions and the second topic is the study of the mechanisms of action of existing treatments (mainly the opioid substitution treatments: methadone and buprenorphine). He is also involved in teaching at the master and doctoral level including the co-responsibility of two modules in the new neuroscience master’s  program from Universities Paris Descartes and Paris Diderot (https://master-neuroscience-paris.fr/).