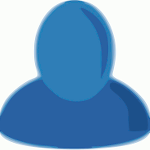 Michel Goldberg is Professor Emeritus in Biology at the University Paris Descartes. He is Doctor in Odontological Sciences and is Doctor in Natural Sciences. His field of interest is Oral Biology, and namely the organogenesis of dental organs (amelogenesis, dentinogenesis, dental and bone stem cells, and tooth and craniofacial development). Having worked for years on proteoglycans and on the molecules of the extracellular matrix (SIBLINGs) and their role in biomineralizations, he has published 219 articles in peer reviewed international journals, 20 books and 100 pedagogical review articles. He is member of several advisory boards of scientific journals and a member of the Board of the Continental European Division of the International Association for Dental Research (IADR). He has contributed also to international conferences, the next will be held in association between Columbia University and the University Paris Descartes on “stem cells in craniofacial biology”

After obtaining a Dental Surgery degree, I became Doctor in Biology (Doctorat d’Etat ès Sciences Naturelles, 1983) (studying under the head of the Department of Neuro-biology: R. Couteaux, and thereafter J. Taxi). After heading the department of Oral Biology at the Dental School of the University Paris Descartes, I was nominated Emeritus at my retirement. Since that time, I have been nominated Emeritus twice for 4 years, and I am currently in my third period. I am now working in Team 5 of the INSERM unit 1124. My major research interest is related to proteoglycans and extracellular matrix molecules that are implicated in biomineralization. More recently, stem cells of the dental pulp and regeneration have attracted my attention.

I was expert in the French Working Group on Fluoride (AFSSAPS) 2008, external expert of the Working Group on the Safety of Mercury, SCENIHR, European Commission Bruxelles, member of the pool of Scientific Advisors on Risk Assessment – European Commission nomination 19 Feb 2009. President of the IADR Mineralized Tissue group, and later of the Pulp Biology group, I am presently coordinating the activities of the INSERM/Odontology group. I have published 219 articles in international scientific dental and non-dental journals, 20 books, and about 100 pedagogical articles in french, which review biological questions for students. In addition I have a major interest in the toxic effects of some molecules which are used in restorative dentistry (BisPhenol A, composite resins). I am also board member of dental and non-dental scientific journals. In the near future (May 2016) I will be implicated in the organization of a joint meeting between Columbia University and the University Paris Descartes on stem cells and cranio-facial biology.