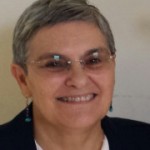 Martine Aggerbeck is a CNRS scientist interested in the effects of persistent organic pollutants, alone or as mixtures (especially dioxin and organochlorine pesticides), on the modifications of gene expression in the liver, the molecular mechanisms involved in these regulations and their metabolic consequences. Both in vitro models, particularly the HepaRG human cell line, and in vivo mouse models, are used for these investigations.

Martine Aggerbeck, a scientist with a permanent CNRS position, investigates the consequences of the exposure to various pollutants (dioxins, pesticides) alone or as mixtures. After binding to transcription factors which are the receptors of these pollutants (such as the AhR (aryl hydrocarbon receptor) for dioxins), these pollutants modify the expression of numerous genes. The effects are studied mainly in murine liver and in human hepatic cellular models, with a focus on the genes that are involved in intermediary metabolism, susceptible to aggravate various pathologies such as type 2 diabetes. The main axes are

1) the role of the pollutant mixtures on carbohydrate metabolism in the HepaRG cell line;

2) the effect of dioxin on alcohol metabolizing enzymes, in collaboration with Dr E. Blanc;

3) the influence of the combination of dioxin with a fat-enriched diet on chronic hepatic diseases in a murine model;

4) the coordination, in the team, of a European project, HEALS, which aims at measuring the European exposome to pollutants and the link of this exposure with several pathologies.