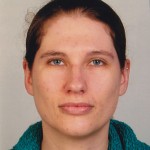 Magalie Lenoir is a junior research scientist (CR2, CNRS from 2013) who works on drug addiction. Her research focuses on the behavioral, neuronal and molecular processes which are involved in the development of drug addiction and relapse. She is concerned particularly with the identification of peripheral biomarkers of vulnerability to heroin addiction, relapse and the effectiveness of opioid substitutive treatments.

During her doctoral studies in Neurosciences and Pharmacology (supervisor: Dr. Serge Ahmed, University of Victor Ségalen, Bordeaux), Magalie Lenoir characterized and validated an animal model of transition from drug use to addiction in rats. During that time, she contributed to the development of an original choice protocol in rats. From 2010 to 2013, she was a visiting fellow at the National Institutes of Health at the Behavioral Neuroscience Branch in the group of Dr. Eugene Kiyatkin, in which she explored the role of peripheral actions of nicotine on drug-induced sensitization using different techniques, including drug self-administration, electrophysiology, brain temperature measurements and amperometry (measures of extracellular glutamate in the brain). In parallel, she studied the role of neuronal activity in the release of extracellular glucose following cocaine injections in freely moving rats. Following this post-doctoral fellowship, she joined the research team of Dr. Florence Noble to bring her expertise in behavioral neurosciences.

-To identify peripheral biomarkers of vulnerability to heroin addiction, relapse and effectiveness of opioid substitutive treatments.

-To identify behavioral markers to diagnose heroin addiction and vulnerability to relapse, as well as to predict the effectiveness of opioid substitutive treatments or the resistance to the treatments.