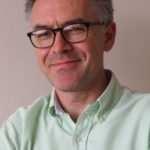 Jacques Pantel graduated from Pharm. D. and Ph. D degrees at Paris Descartes University and completed his pharmacy residency training at Paris-hospital in 1997. He did a post-doc in human genetics at INSERM (Créteil, FR) where he was subsequently recruited as a tenured scientist (Chargé de Recherche INSERM) in the team of Serge Amselem in 2001. Pushed by his interest for the control of feeding behavior, he joined to the lab of Roger D Cone in 2007 in the US at OHSU (Portland, OR) and then at Vanderbilt University (Nashville, TN). In 2008, he was appointed Research Associate Professor of Molecular Physiology & Biophysics at Vanderbilt where he launched a drug discovery program aiming at the identification of novel classes of ant obesity drugs positive by high throughput screening (i.e. allosteric modulators of the melanocortin-4 receptor (MC4R)). He was also involved in a program on the genetics of anorexia nervosa. Back in France, he develops his own research focusing on G protein-coupled receptors (GPCRs) drug target validation using integrated research approaches. He is currently focusing on the physiological significance of ghrelin signaling through the growth hormone secretagogue receptor (GHSR), and on its potential as a drug target.