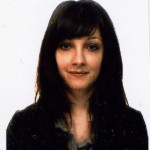 She conducted her Ph.D. research (2003-2006, Kremlin-Bicêtre University Hospital Center, Paris XI University) on the neuroprotective effect of progesterone after brain injury. After 2 post-doctoral fellowships (Spain and France), she was hired as an Associate Professor in Cell Biology (2012) in the Paris Descartes University. Since then, she has focused her studies on the remyelination and repair processes in pathologies of the nervous system or after brain injury. She teaches courses in the Bachelor’s and Master’s Degree curriculums at the Paris Descartes University and, since 2013, she is co-responsible of the Cellular Biology teaching program for the second year of the Bachelor’s Degree.Delphine Meffre obtained her Ph.D. in Neurosciences in 2006 (National Institute for Health and Medical Research, INSERM UMR U788, Kremlin-Bicêtre University Hospital Center, Paris XI), in which she emphasized the importance of progesterone membrane receptors in the brain and contributed to the understanding of the neuroprotective effect of progesterone after traumatic brain injury. For this innovative work, she received a Research Ph.D. Award (Société Francaise d’Endocrinologie 2006).

After her PhD, she focused her work on the central nervous system and, more particularly, on neuroprotection and neuroregeneration processes. She performed her first post-doctoral fellowship in Spain in the laboratory of Dr. E. Soriano (Neurobiology and Regeneration, Institute for Research in Biomedicine, Barcelona), where she studied the implication of the SNARE exocytosis proteins in axon guidance in vitro and in glioblastoma tumor growth in vivo. During her second post-doctoral fellowship in France in the laboratory of Pr. C. Massaad (National Center for Scientific Research, CNRS UMR 8194, Paris), she investigated the crucial role of oxysterol receptors and Wnt/bcatenin in myelin gene expression and in the re/myelination process. In 2012, she was hired as an Associate Professor (Cellular Biology, Paris Descartes University) in the recently established group of Pr. M. Jafarian-Tehrani (INSERM S-1124, Paris).

Since then, she has explored new therapeutic strategies for myelin repair after central nervous system damage, such as in traumatic brain injury and demyelinating diseases by using toxic- and mechanical-induced injury models developed in vitro (oligodendroglial cells), ex vivo (organotypic cultures) and in vivo (adult mice). Her main interest is (1) to characterize the therapeutic benefits of pharmacological compounds and (2) to elucidate their mechanism of action with respect to signalling pathways and target genes. The development of these projects is based on a multidisciplinary approach which combines myelin gene expression (Transfections, RT-qPCR, Western blot), oligodendroglial maturation (molecular and morphological), evaluation of myelin integrity and functional recovery (immunochemistry, confocal and electronic microscopy, locomotor activity). Her scientific knowledge, together with her technical skills, allows the articulation of her project between fundamental and clinical research.