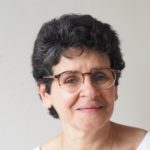 My legal training is in public law. I initially practiced in the regions, mainly in city halls. I occupied the position of Head of the Legal Department.

Subsequently, I obtained a position in the National Institute for Health and Medical Research (INSERM) in November of 2002. From this date until September 2006, I was Unit Director for purchasing and tools within the Department of Markets and Real Estate.
In October of 2006, I joined the regional delegation of INSERM in Nantes, which had been created recently, and I was responsible for purchasing in the region.
From September 2008 until August 2015, I occupied the post of General Secretary of the Center for Cancer Research Nantes-Angers before taking up my current position as General Secretary of the INSERM unit UMRS 1124 in September 2015.