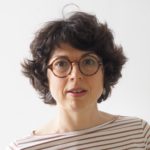 Caroline Chauvet is associate professor of biochemistry and molecular biology (University Paris Descartes) since 2007. Her research is aimed to characterize the impact of environmental pollutants, such as dioxin, on the development of the central nervous system and on metabolism (liver, adipose tissue). To this aim, she uses animal (mouse) and cell models. Concerning her teaching activities, she provides teaching of biochemistry and biology in several undergraduate and master’s programs.

After graduating from the Ecole Normale Supérieure, University Pierre et Marie Curie and University Paris Sud with a master’s degree in endocrinology, Caroline Chauvet obtained her PhD in cell and molecular biology (2004) on the role of the RORa nuclear receptor in liver and, in particular, in the response of hepatic cells to hypoxia (University Paris Sud). After a post-doctoral fellowship in Canada (Molecular Oncology Group, McGill University, Montreal) during which she studied the role of RORa in the central nervous system, she returned to France as a teaching assistant and became Assistant Professor (University Paris Descartes) in 2007.

From 2007 to 2016, Caroline Chauvet’s research work was aimed to better understand the processes that take place during the development of osteoarticular diseases (osteoarthritis, arthritis…) and to identify biomarkers and therapeutic targets against these diseases. She used, in particular, cell (chondrocytes) and animal (arthritic K/BxN mice) in order to study the effects of the two main stresses in these diseases: mechanical stress and inflammatory stress.

Caroline Chauvet joined the Metatox team in January 2017. She is interested in the effects of a perinatal exposure to dioxin in a mouse model, with a focus on epigenetic effects on central nervous system development and on metabolism. She is also involved in a study devoted to the characterization of the neurotoxic effects of mixtures of environmental pollutants by using cell culture models.